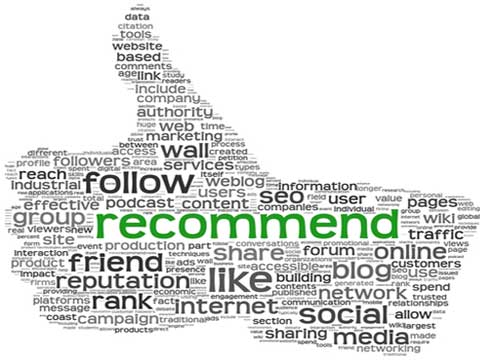 The average HR professional might not be at the same level of national focus as footballers or comedians, but the high-profile outbursts celebrities are prone to on the microblogging site Twitter are a cautionary tale for anyone operating online.

Whether it's making unsavoury (and potentially discriminatory) jokes or swearing at the Football Association, it seems that celebrities frequently ignore the fact that a social networking site is a publicly accessible forum that can be searched and that could hold evidence of conversations or interactions from your past that you would rather not widely share.

Also, as Facebook, Twitter and LinkedIn open up more interfaces with other online applications - for example Flickr, the photo-sharing site, or blogging platforms such as Tumblr and Pinterest - the information you share with your online "friends" has the potential to be seen by many more people. If you share the same username for a number of sites, a Google search, for instance, could throw up several versions of the same indiscretion.

As an HR professional, Googling candidates prior to an interview or checking their profiles on LinkedIn is now a natural part of the hiring process. But how can you be sure that your own online profile represents you in the most professional manner?

"Perhaps you have a meeting with a client or you're about to meet someone with a view to recruiting them. It's just as likely they will have looked at your profile on LinkedIn as the other way around. This used to be something that just happened in certain industries such as media, but now it's common across all sectors," explains Jodie Finn, national accounts manager at recruitment company Venn Group.

Online "crimes" might include having an inappropriate picture on your LinkedIn profile, inadvertently linking to personal picture galleries where viewers can see you lying drunk in a gutter, or inflammatory comments you have made on a blogging site. Making negative comments about your professional life, in particular, would likely put a potential employer off considering you for a role in the future.

Consistency is also important. So, while many professionals will log on to LinkedIn several times a week, we only really tend to update our formal CVs when we are looking for another job. If there are discrepancies between the two, it might ring alarm bells if someone is trying to recruit you.

"Perhaps you're looking at someone's LinkedIn profile online while you're on the phone, and they're trying to sound more experienced than their profile suggests," says Finn.

Importance of having an online presence

Equally disastrous, argues Taylor, is that you have no online footprint whatsoever: "Think about whether you are digitally distinct. If you go to the first three pages of Google you should appear. If you have a common name, think about how you can differentiate yourself. If nothing comes up, you essentially don't exist."

It's also important to keep your content fresh. Recent developments on LinkedIn mean you can now endorse people and be endorsed for your skills, and make sure you're writing recommendations for those in your network and asking them to recommend you - all of this keeps the traffic against your name moving, and raises your online profile.

Taylor suggests a number of other ways to increase your presence, such as being quoted in relevant industry articles, writing articles yourself for online professional journals and blogging. The latter is a great way to enhance your prominence on the web - by using intelligent meta-search terms and popular tags in your blog, it is possible to increase your Google rankings. Sharing other people's blogs and retweeting or expanding on relevant Twitter conversations also help expand your online footprint.

"It's good to be seen as a thought leader, so link your blog to others', get on people's Twitter lists as someone whose views they respect and comment on articles. If there's stuff online you'd rather people didn't see, then make sure the good stuff comes up higher," says Taylor.

However, with so many high-profile online slip-ups and so many potential routes people can take to view your activity on the web, it might be tempting to stay away altogether.

Jodie Finn advises against this: "Don't shy away from social media or promoting yourself online, but make sure it's a true representation of yourself."

Use social media to enhance your job search