Video in Recruitment - The Year Ahead 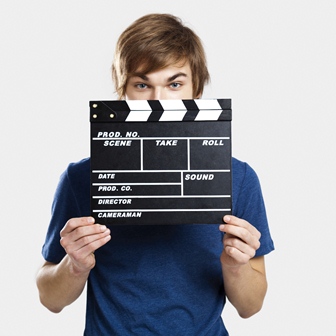 What lies ahead in 2014 for video in recruitment marketing? One thing that seems certain is that budgets are going up. Studies by both Advertising Age and ourselves here at Casual Films found that just under two thirds of video commissioners intend to increase their video budget for the coming year.

That’s good news for us producers, but with a constantly expanding market place the big questions are how is that money going to be spent and where are the videos going to go? Big job sites and company-specific careers sites are a given, but in a world where people are hired through Facebook, LinkedIn and Twitter, we will continue to see the rise of social recruiting. The best social campaigns we’ve seen are content focused, so content really is King. Here’s a round up of some of the trends that will be making waves in 2014.

Facebook has made interesting changes to their algorithms making text-based updates from pages to feature in user feeds much more difficult. Images are much more likely to appear than text and videos twice as likely as images to appear. When Facebook, with its 757 million daily active users, make a change like this it sends a strong message that text only content is no longer good enough. They’ve found that users are more likely to engage with posts featuring media and, as a result, are much more likely to share these.

LinkedIn is focused primarily on the professional world, and it has created an interface that makes including video much easier than before. This applies not only to individual user profiles, but to company pages as well. LinkedIn only has about a quarter of Facebook visitors but, with the ability to target by both market sector and job position is an incredibly valuable tool for employers. You can make the best recruitment video in the world but if none of the right people see it, what was the point?

Off With Their Heads

These small changes aside, and barring a new start-up or a Lazarus like the resurrection of Bebo, it is not the locations of videos that are most likely to change, but the content. The audience is becoming both more savvy about how videos are designed to work, and more demanding of the content they view, and with more internet noise than ever before, there is less time to grab people’s attention and must work harder than ever to keep it – well-worn tropes are no longer that welcome. We reall like www.stopthechoddy.org an this amusing website that tirelessly campaigns for clients and production companies to think beyond the talking head.

Video producers should make their point quickly and concisely, which has always been a good rule of thumb, but  maybe we also need to make films that are more engaging and more interactive. Interlude has taken that literally, producing a template for ‘control your own story’ videos. There are clearly many ways, in which a tool like that can be used in the world of recruitment. There is no doubt that it’s engaging and it wouldn’t be a surprise to see videos like these become more popular, particularly in graduate recruitment.

The democratisation of video production has meant that it's increasingly easy to create great looking video footage. While your son/daughter/cousin can pick up a DSLR and shoot something with a close depth of field which will make you feel all warm and fuzzy, the most forward thinking brands and employers are recognising the importance of getting the messaging right. Some of the most successful case studies of organisations creating their own videos in-house has been through user-generated content, tapping into the creativity of staff.

Even the biggest brands are only just getting their heads around the new digital marketing landscape, and coming round to the idea that any film, even a recruitment film, has a story to tell. Tell a good enough story and the audience will care and share – it’s a recognised truth in the advertising and entertainment sectors, and if our friends at Team Detroit are right then 2014 could be the year that this becomes fully accepted in corporate and recruitment circles.

For that to happen we need producers with vision and clients with the ambition to support that vision. If this message is taken on board it could lead to a sea-change in the business.

Video CV’s are, generally speaking, entertaining for all the wrong reasons, but Skype meetings and interviews are becoming more commonplace. The next logical step is to make the interviews fully virtual, with a carefully crafted algorithm effectively conducting the interview, allowing management to analyse candidates at their convenience. Full automation might be a way off, but this service from Launch Pad Recruits offers what feels like an immediate glimpse into the future. Admittedly, the idea of being interviewed by someone who isn’t actually present sounds both awkward and problematic, but doesn't that apply to many revolutionary ideas, remember your first Skype call with your mum?

From where we're sitting we're seeing an increasing demand from employees that their employers must engage with the bigger challenges in the world, be they environmental or social. According to Jacquelyn Smith, Journalist at Forbes about the brands that appear in Universum's CSR ranking (August 2013), clued-up businesses are recognising the direct correlation of CSR with performance and shareholder value and the impact that this can have on successful recruitment. She quotes Melissa Murray Baily, Universum's President of the Americas, on how students' choice of employers is influenced by a company's role in CSR and that this is an area that employers shouldn't neglect. Forbes quotes Murray as saying that it is surprising to see such a variation of organisations in the list, even some that haven't had such a good CSR reputation in the past. Yet Murray emphasises "that any type of company can lead the way [...] to CSR." You can read more about the Universum report here.

So in conclusion, there are just two things we can state with absolute certainty: video will continue to play an important role in recruitment in 2014; and some of our predictions might turn out to be wrong.